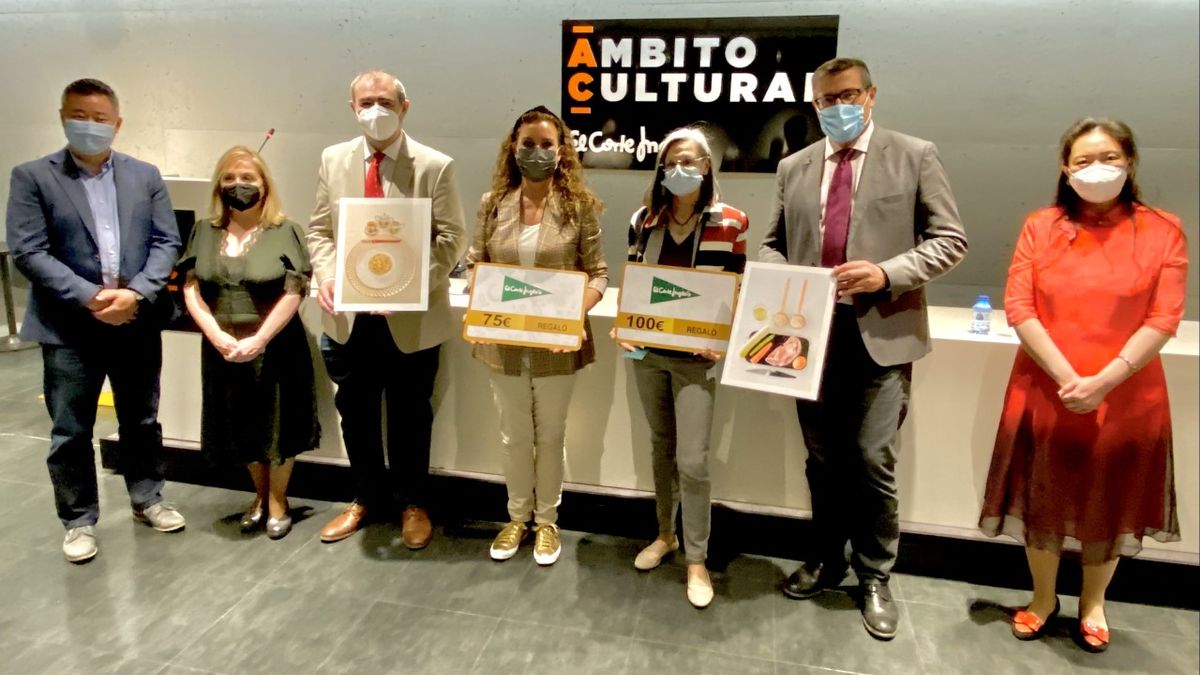 The Confucius Institute of the University of Valencia (ICUV) and El Corte Inglés (ECI) have awarded the prizes of the Chinese cuisine photography contest held during the month of April. The jury of the contest, which met last week, after a thorough deliberation, assigned to the photograph of Francisca Rivera the first prize, a gift card of 100 €, and to Magdalena Zaragozá, the second, consisting of another gift card of the department store worth 75 €. The jury had to select among fifty photographs received and highlighted the high symbolic value of the images received. In all of them, in the words of the director of the ICUV, Vicente Andreu, “the knowledge of Chinese culture in Valencia is clearly perceived as well as the culinary similarities of both societies, which have rice as their fundamental gastronomic ingredient”. For Pau Pérez Rico, ECI’s Regional Communication Director, “this contest is another example of the collaboration between both institutions, in a year in which we celebrate the fiftieth anniversary of the opening of ECI in Valencia”.

Photograph by Francisca Casares, winner of the first prize in the contest.

The contest consisted of photographing a three-delicious fried rice, after watching an explanatory video by a Chinese chef. Chinese cuisine, one of the most refined and ancient, is present in almost all parts of the world, although its preparation methods are still, in many cases, unknown. With this contest, the ICUV and ECI have highlighted the culinary contribution of this country to culture, society and economy, with one of its most famous and well-known dishes. The ICUV has the consideration of ‘Model Confucius Institute’ by the Chinese headquarters, has received several awards and mentions, including in 2017 the Distinction for Cultural Merit 9 d’Octubre of the Generalitat and being one of the 20 best Confucius Institutes of that same year, among the 550 that exist around the world today.

Photograph by Magdalena Zaragozá, winner of the second prize of the contest.